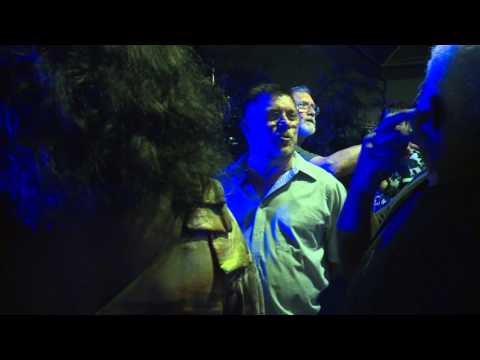 Judges Comments
8 7 7 8 Nice job capturing a lot of different moments in a very tense situation. Nice job letting the camera just roll and the moment play out leading up to the guy getting shot in the street. 8 7 6 8 Great job showing the whole scene from start to finish! You had just the right amount of uncut to help show how intense the scene was, but wasn't distracting. 8 9 9 8 Great job letting the raw just play. I really liked your use of nats. I have nothing to say about how to make this story better. You did such a great job.

Judges Comments
7 8 8 7 Nice job putting a mic on both of the people watching the scene. You were able to capture some pretty good moments from them and both had crisp audio. I liked the scanner chatter off the top to add a little creativity to a dull-looking crime scene. 7 8 7 7 Good job with the natural sound with the neighbors. 6 7 7 8 The thing I really missed in this was you never had a wide shot connecting the neighbors TO the house across the street they were looking at. Just one wide shot would have tied it all together. Your use of nats was great. Very tasteful.

Judges Comments
7 7 7 6 Good NAT sequence to start the pkg. I liked the framing of your interviews and shooting them from a distance to give you some depth, but keep them framed up tighter throughout the entire story. You went back to them in WIDE shots at the end and they looked awkward because your reporter's legs were just oddly appearing from under a box in the shot with the woman, and then you could see him interviewing the other guy in the other shot, but you could tell you were trying to keep him out of the shot. They both just looked awkward. Stay tighter and take advantage of the depth in your shot. 7 7 6 6 Nice job with the beginning of the PKG using the music. Always watch out for overmodulated audio in loud areas, because some of your interviews were crackling in some parts. Way to change things up with your interview across the street, but it was a little awkward with the reporter standing behind the metal box. 7 7 8 6 I loved your creativity. I think if your audio was a bit better mixed and you just used one of the wide shot interviews at the end and covered the other one, this would have come out even better.