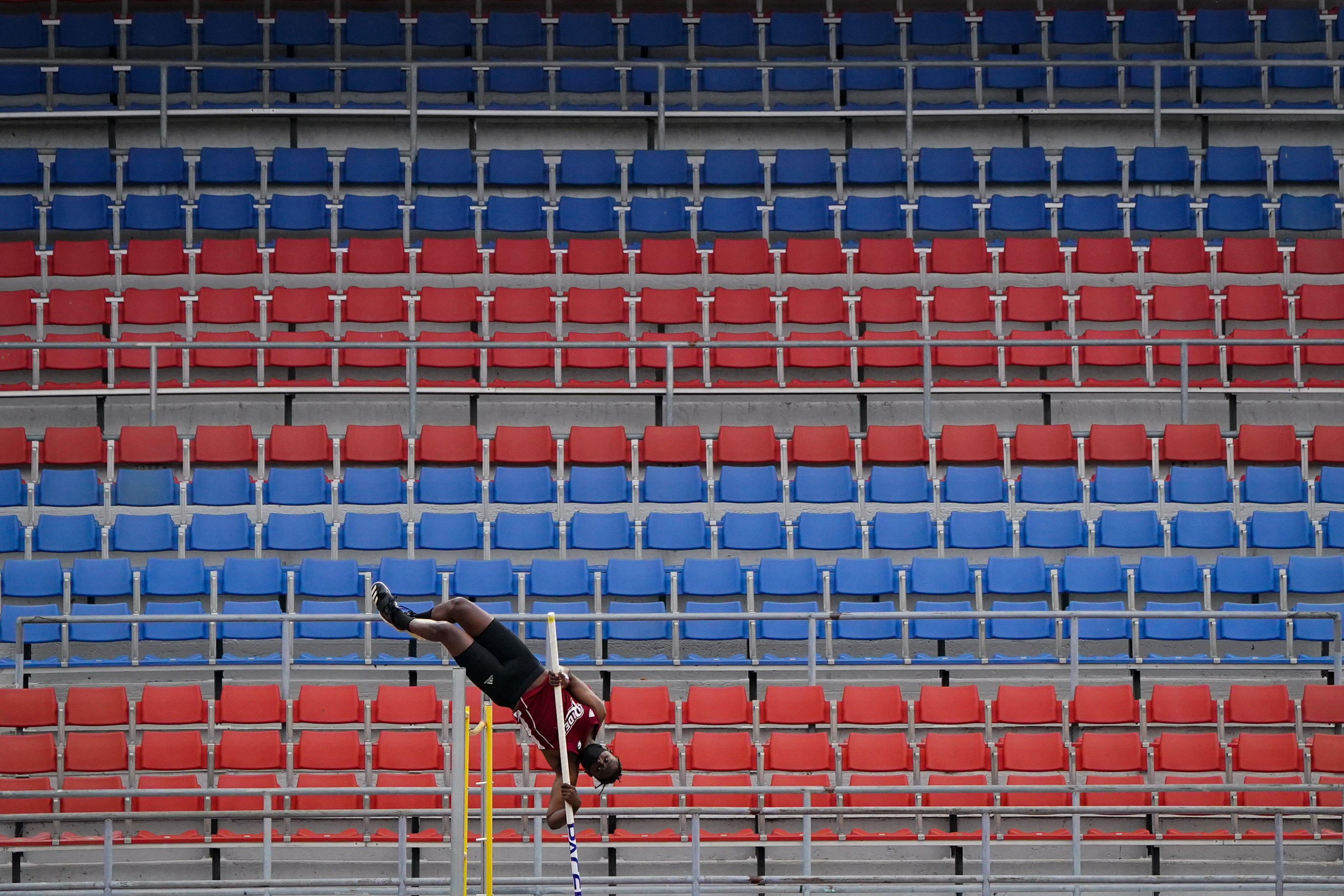 Judges Comments
This is a nice, clean action photo that shows the reality of sports during COVID. You have a masked athlete at a point of peak action, performing for an empty stadium. It took some thought to compose this photo. Well done! 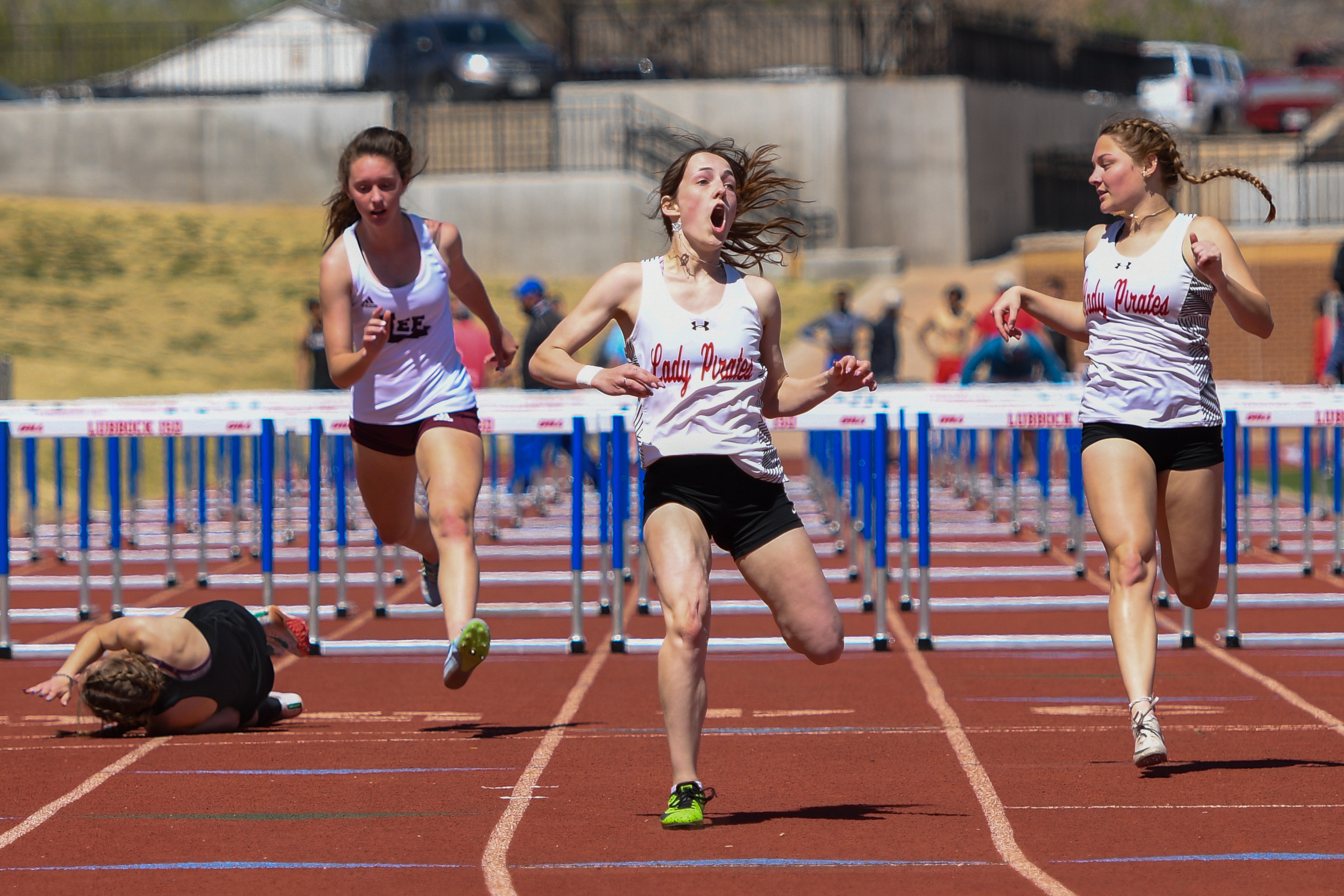 Judges Comments
I love the different emotions in this photo. There's a lot going on with the winner - who broke a personal record - the runner in the back on the ground, and the two runners in the middle, who are more concerned about the runner on the ground than they are the finish line. I would've chosen this photo as first place, except for the background. It seems like a tough situation to shoot. Maybe try to get lower on the ground and shoot up. The handrails on the stairs, the cars in the parking lot, and even the people standing further back on the track are distracting from what could've been an absolutely killer frame! 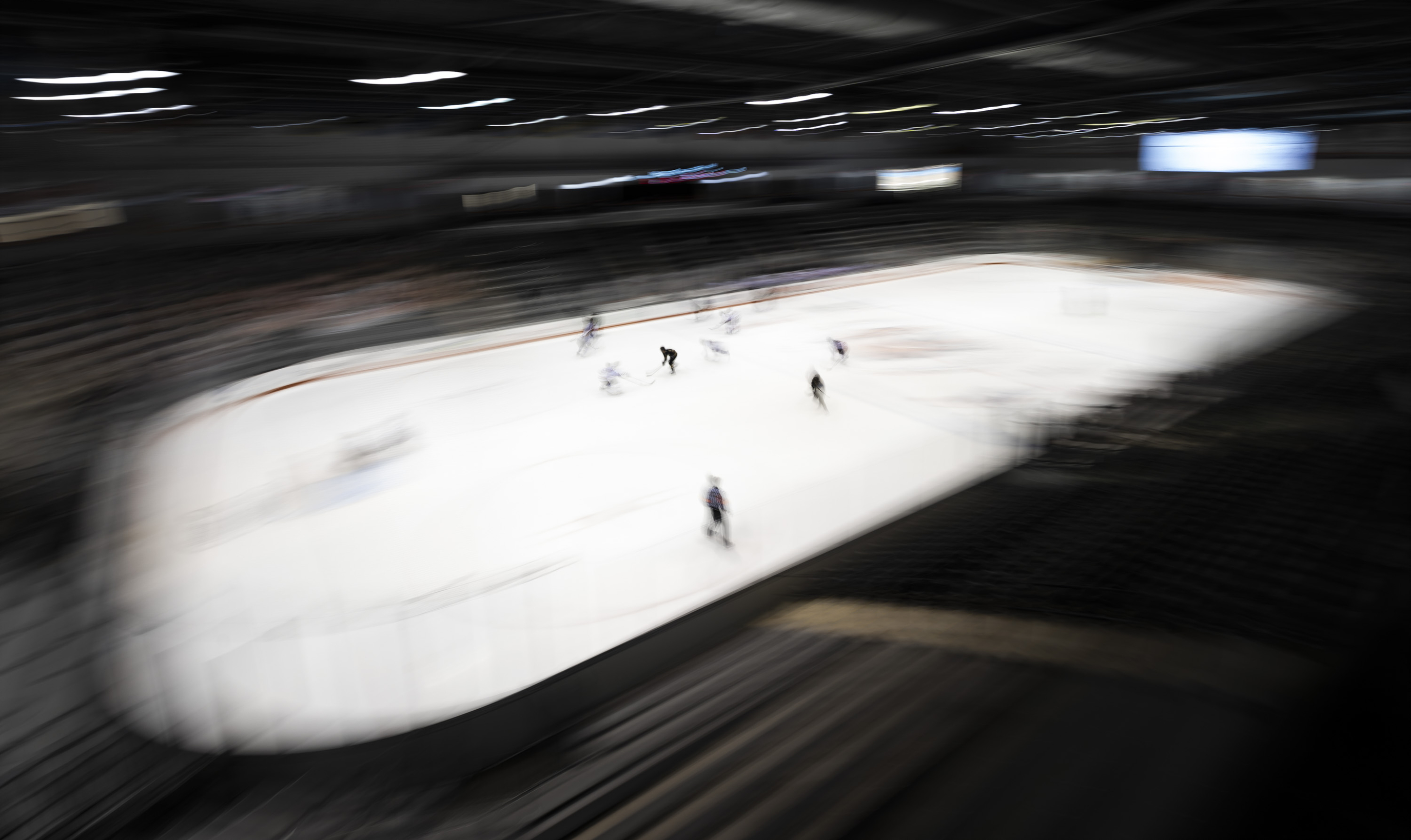 Judges Comments
This is cool. Definitely a risky shot that paid off. When we think about panning a photo, we don't often think about going that wide. I like that the background is blurred enough to make the one tiny hockey player pop, but not enough that we lose the sense of the venue completely. You're on to something here. Keep playing with it!

There's some good action in here. My critique is that the photographers should work on cropping. There are a few images that could've had much more impact with a better crop. A lot of athletes cut off in weird places, and some photos that are just too loose, so we lose the excitement of peak action.